TIPS ON SELLING YOUR BOOK

My travels continue this week. So my good friend, Mr. Al King, has agreed to step in with a guest post on selling your book. Al is an insightful guy with a message from which we can all benefit.

The stage is yours, Al. 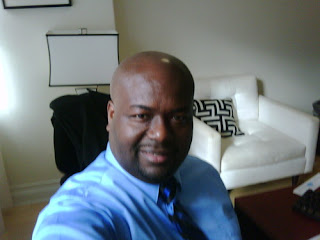 Your Book Will Not Sell Itself


As an author, you’ve positioned all of your time, originality and creative energy into the conception of one book -- your book. Now that it’s done, you’re looking to get it in the hands of as many readers as possible. You’re confident that it’s a rock-solid book, a great read that’ll be well received by anyone who comes in contact with it, simply because -- it’s just that good.

This is where I have to stop you. Despite the fact that I salute your optimism, it’s going to take much more than just your want to actually become a best seller. For the record, regardless of how good any product is, it will require the well-deserved and time-consuming effort of making a solid connection with those that have a like or interest in your product.

How does that apply to selling a book you’re probably asking. Well, for starters the paramount instrument you have will always be YOURSELF. Take every opportunity to expose your brand by displaying your interpersonal abilities and establishing a “Human Connection,” an authentic connection with each and every person that is capable of reading/ purchasing your book. What I mean by that is, you shouldn’t restrict your marketing attack to only those you deem as a targeted audience, but all people in general.

In my opinion, an audience immediately exists once you share your manuscript with the world and every author should immediately understand he or she is now on stage. Authors should use every opportunity to determine how a book is being received and identify with fans. Instead, these days I’ve noticed, and you probably have as well, authors who haven’t taken the time to build rapport are begging and shoving the expectations to purchase on potential customers.

The truth is -- every time a choice is made to spend money, a connection is made. All consumers are moved by energy, the hype, the need, the want, which eventually transcends into a connection between consumer and product. As a writer you are the personality to your masterpiece and must always be the face of your book. It is then that something can surmount to a common interest -- in this case, it's author to reader.

Virally, there are many suggestions of ways to enhance the sales of books, with social media sites being the most common. These platforms (LinkedIn, Twitter and FaceBook) are viewed as the most viable marketing and promotional outlets when they are used effectively. One thing I want to emphasize is . . . just because you have accounts on these sites, doesn’t mean anything if they aren’t being serviced. Remember, what you put into them, will be what you get out of them. During my own presence on these sites, I’ve seen many people with great potential to capture their following if only they took the time to service this potential.

What is Servicing? One must publicly engage and interact at some point by respecting the real purpose and premise of social sites. If the connections are made, I’m almost certain it will lead to the support of your book. Based on the ideology of selling, most purchases are provoked from being emotionally stimulated from the thought of that purchase will make one feel better.

Realistically, if a person wakes up in the morning wanting to buy a book that day, that is exactly what they will do. But it’s the person that didn’t have any intention of making a purchase on their mind, but is then enticed into buying, that matters. Again, if you’re not concentrating on fusing with people you don’t know, a potential purchaser or a possible future recommendation that will co-sign your book, then what will make you exceptional from the author of the book next to yours?

Remember, your book will not sell itself!

Born and reared in the Bronx, New York, Al King is a dynamically and diverse entity, driven as an entrepreneur, author, entertainment manager, visionary and motivator. Inspired by the foresight of his predecessors with the likes of Berry Gordy and Quincy Jones, he has his eyes set on creating his own legacy. Taking over ten-years in the corporate sector doing management, combined with his experience in the real estate industry, he credits that path with honing in on his business outlook.

In 2002, combining his love for entertainment and leadership abilities, he decided to catapult his spirit and drive as an entrepreneur by launching Go Gettaz Entertainment, Inc. The full-service, Artist and Project Management and Production Company has been effective with specializing in the development and guidance of clients. The company has overseen the careers of rappers, singers and projects that has included a partnership in China—resulting in appointing the dj’s for a newly built nightclub ”Club New York” in the city of Hangzhou. One of his major accomplishments was the concise execution of gaining a contractual release from a major record label for a client that took almost two years of grueling legal warfare.

In 2010, by adding author and publisher to his arsenal, he launched a literary publishing company, Go Gettaz Publications. The first release will be his first penned novel “Let It Be Known” The Al King Point of View, scheduled to be released in March, 2011. This non-fiction book is what he considers to be “A sincere conversation on a collage of life matter’s”. He adds: “ A motivational, inspirational, empowering and instructional push in the form of a solution for what we face day in and day out”. In June,10, in conjunction with the book, he launched the weekly internet radio show “Let it Be Known” Live. The show covered a successful span of forty-four shows, garnering a faithful following from around the country and extending to some international listeners.

Mr. King’s paramount objective is to bring forth a multi-media conglomerate that will empower, inspire and influence the universe in general!

If you have questions or comments for Mr. Al King, we'd appreciate hearing from you.

Thanks for appearing today, Al.

That's it for now.