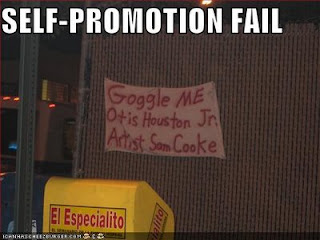 Hello and welcome to Self-Publishing Central.

If you stopped in last week you probably saw that I was offering to give away Kindle copies of my very best-selling book, THE 19TH ELEMENT. All you had to do was check this blog last Friday and email me your request for the book, providing the email address to which I should send the book.

Pretty simple, right? No need to Follow my Blog, comment, buy anything, advertise for me, kiss my sister, etc.

I gave away NINE copies. I had offered FIFTY. I would consider it to have been a BUST!!! But then, that's just me. In any case, the results of the giveaway have raised new questions that every Self- or Indie-Publisher needs to answer, to wit: (They teach us to write "to-wit" in law school. I think it sounds dumb. But there you go.)

First of all, why did I do this giveaway?

I had a couple reasons.

First of all, everybody seems to be doing giveaways these days. Maybe they know something I don't. Why not check it out and see?

Second, I hoped to boost the Amazon Sales Ranking for the book for one day. Sure, I'm buying the books. But after my royalty, it only cost me a buck a book. Pretty cheap advertising if those folks actually read the book.

And third, I wanted to see if my social media Followers overlapped with my target audience for the book.

I guess I answered my questions with a new one, to wit:

Why did so few people want FREE genuine Amazon Kindle copies of my book?

Email Privacy. I'm hypothecating here (not apothecating; that would be pharmaceutical), but one reason may be that they didn't want to give me their email address. Okay. That's valid. You don't know me personally. Just because I SAID I wouldn't spam you doesn't mean that's true. Maybe a free ebook isn't enough to tempt readers out of their email privacy.

Failure to get the word out. Maybe there weren't many readers of thrillers who heard about the giveaway. If true, that's a platform problem (for a guy selling thrillers, at least). I tweeted the heck out of this giveaway to my 5000+ Twitter Followers, and placed an announcement on my FaceBook page several times, for at least four days before the giveaway. I also announced it here at Self-Publishing Central. If my target audience didn't see that the book was available for free, I need to work on building a new social media platform.

Maybe it's just a bad book and nobody wants it. I suppose this is possible, but I doubt it for several reasons. First, how good does a book have to be to warrant the selling price of ZERO. Second, the book has won awards which are referenced on Amazon and on my author pages. Third, the book has had 23 reviews with an average of something like 4.7 Stars. It's not WAR AND PEACE. But it's not awful either. And four, in the two days after the giveaway, I sold four copies of the exact same Amazon Kindle book -- through Amazon -- for $6.99 each.

Fellow authors may have felt obligated to give me a quid pro quo. I know that I like to support authors, and taking their books for free doesn't seem like much support to me. Maybe some authors felt guilty taking the free book without offering me one of their own? This isn't a great explanation, since it applies only to authors and I don't know why they should feel guilty accepting my book on the terms it is offered. But I suppose it needs to be considered.

People were suspicious of my motives? I don't know. Maybe the saying that "if it seems to be too good to be true, it probably is" got in the way of this giveaway. If so, that's unfortunate, because there were no strings attached.

Other than the explanations above, I'm at a loss to explain the failure of the giveaway. I'm hoping some of you wise folks will make comments and provide answers. This blog is all about learning. Usually, I share what I have learned. Today, I'll let you educate me.

TO CLAIM YOUR FREE KINDLE BOOK:

-- Email me at betcherjl@q.com
-- Put FREE BOOK in the subject line
-- Make sure I have the correct email to which your Amazon Kindle book should be gifted.
-- I will let you know within a day or so whether you have won.
That's it. I'm giving away 50.

PS. I won't spam you or give away your email address.
***CONTEST ENDED***

Hey, gang. Thanks for checking in.

I've got a special offer this week . . . something I've NEVER DONE BEFORE. On Friday, October 14th, 2011, I will be giving away 50 FREE Kindle copies of my best-selling book, THE 19TH ELEMENT.

Check back here on Friday. I will post instructions for how to claim your FREE BOOK sometime during the day on Friday. The first 50 followers to follow the instructions for claiming the book will get this FREE DEAL. (Don't worry. I'm not going to make you follow my blog, kiss my sister, change the oil in my car, etc. to win. It'll be a simple, one step process.)

To help you prepare, here's a TIP:

When you check this blog on Friday, make sure you have your email address ready. (Use the one that is linked to your Kindle device if you have one. The email address should be the one at which you would want to receive your FREE BOOK.)

See you this FRIDAY!